I am always on the look out for new vegan snacks to try.  This year, my siblings sent me The Balanced Snack Box for my birthday and I figured I’d do a taste test and review!  If you haven’t heard of them already, The Balanced Snack Box is a subscription box service created by Evie Levitin, a registered holistic nutritionist.  There are different types of boxes that you can subscribe to which cater to your own dietary needs.  My siblings sent me the vegan box which came filled with sweet and savoury vegan snacks!

Keep reading below for my review on each product.

Now set forth and be savvy! 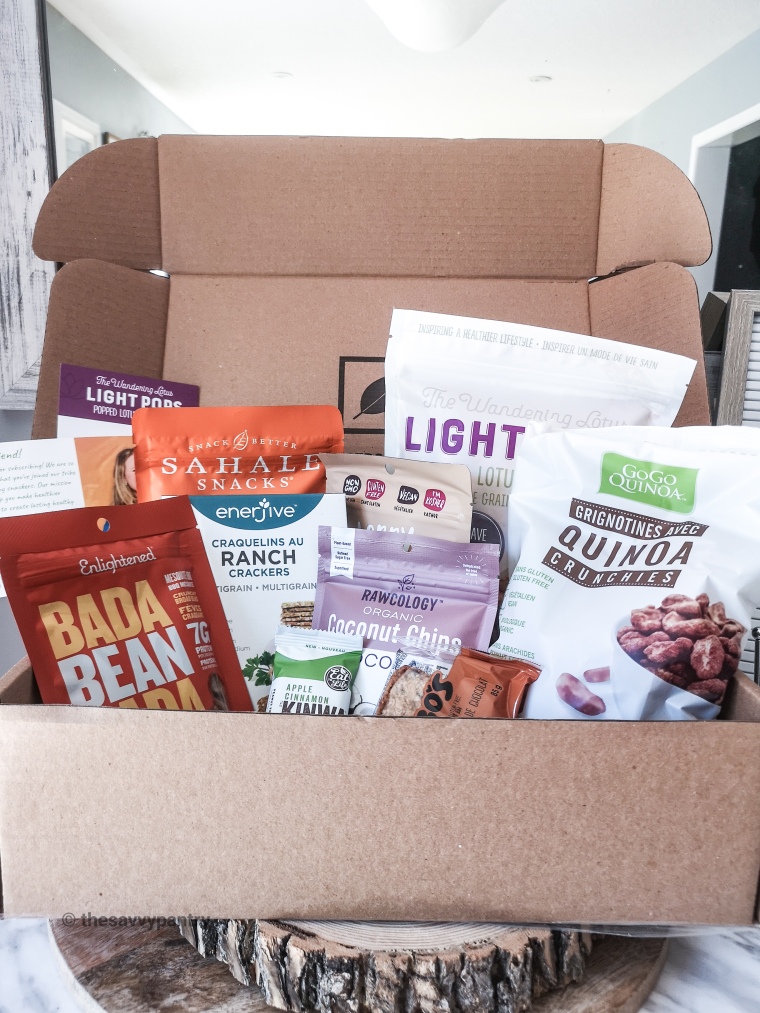 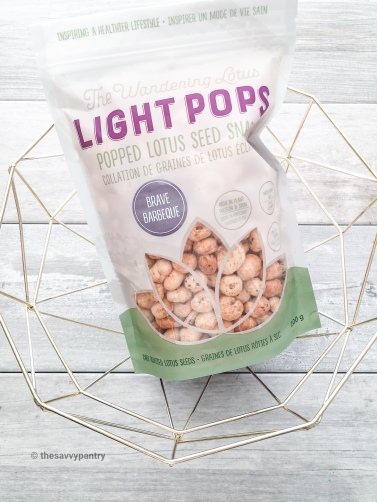 The Light Pops – Brave BBQ flavour snacks are made from popped lotus seeds, which is a popular ingredient in Chinese cuisine.  I had never had it in this form before and usually have it in soups.  When we first tried it, I must say I didn’t think that it was going to be one of my favourite snacks out of the entire box.  It is light and airy like popcorn and has a great crunch.  I especially love that it came in a sweet BBQ flavour, which is one of my favourite flavours for popcorn as well.  I highly recommend adding this to your snack repertoire. 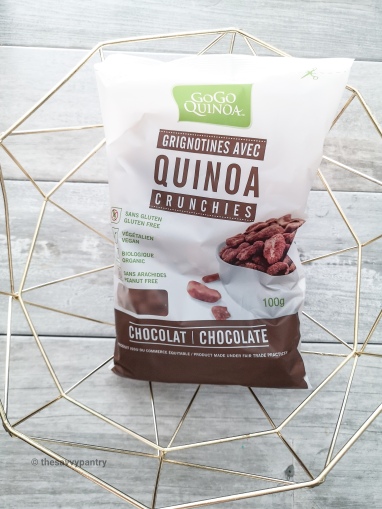 The GoGo Quinoa Chocolate Crunchies resembled more of a cereal.  This was my husband’s favourite snack out of the entire box since he loves cereal and was looking forward to having this in a bowl with soy milk.  I do like the crunch on this and the chocolate flavour wasn’t too artificial which was great, however I wouldn’t purchase this as a snack but would as a breakfast cereal. 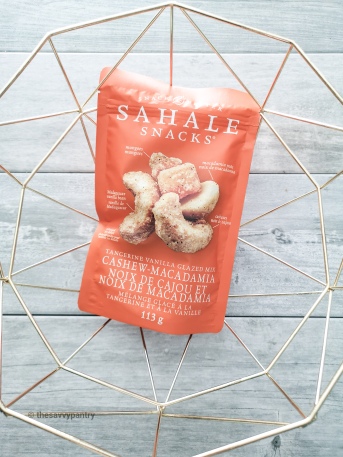 I have been seeing lots of advertisements for Sahale Snacks and was delighted to see that it was included in this box for me to try.  I received the Tangerine Vanilla Cashew-Macadamia Glazed mix and you can really taste the tangerine flavour come through.  The flavours were a nice pairing and I really liked the crunch from the nuts.  I highly recommend this snack! 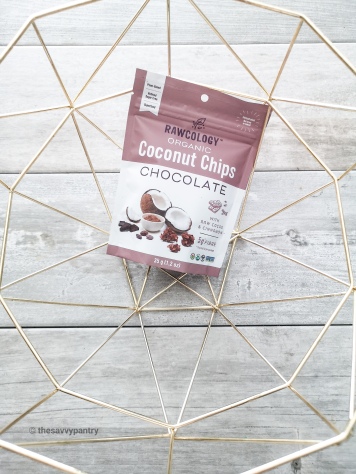 I’ve had coconut chips before and like the light chocolate flavour of the Rawcology Organic Coconut Chips.  I wouldn’t necessary purchase this to eat on its own since I prefer more savoury snacks, however this would be great if you were making homemade trail mix. 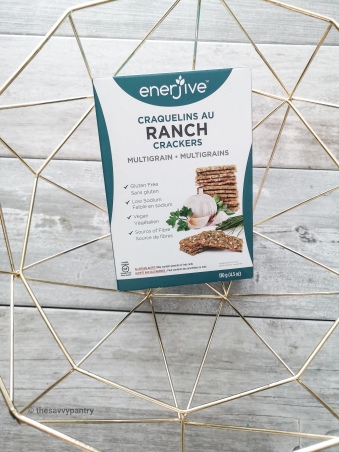 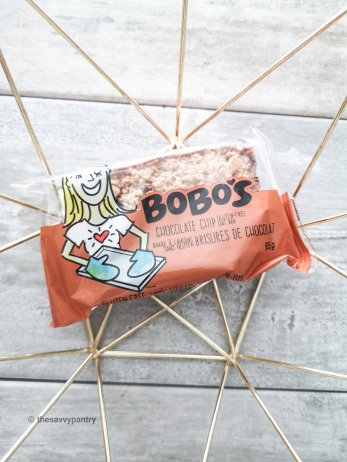 I didn’t know what to expect from this Bobo’s Gluten Free Chocolate Chip Oat Bar.  To mu surprise, it had a lovely toasted oat flavour and was balanced well with the chocolate chips.  This ended up being my favourite sweet snack from the entire box.  This is a product that I would purchase in the future since it tasted like I could make it at home, which I may try in the near future! 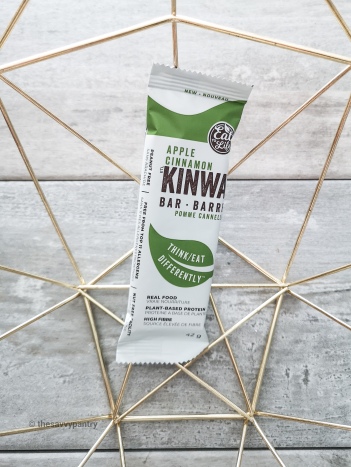 I am always a bit weary when it comes to vegan protein bars as they tend to have a very grainy flavour to them.  The Eat to Life Kinwa Bar in Apple Cinnamon Vegan Protein Bar was not my favourite of the box.  The apple cinnamon flavour did come through well however I did not like the protein flavour with the bar.  I would not purchase this in the future, however if you are used to this type of product then definitely give it a try. 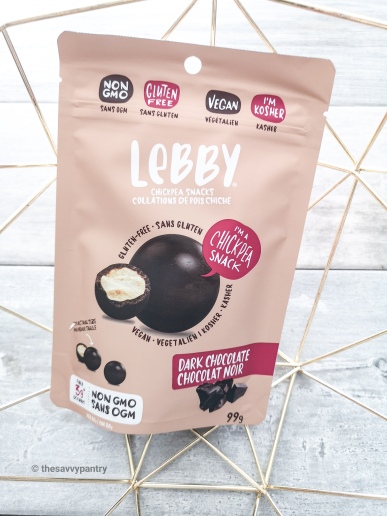 I’ve had roasted chickpea snacks before in a savoury form but never thought of it in a sweet form.  The Lebby Dark Chocolate Chickpea snack really satisfies your craving for chocolate and crunch, but is light from the chickpea.  This snack gave me the idea to try to make it myself in the future. 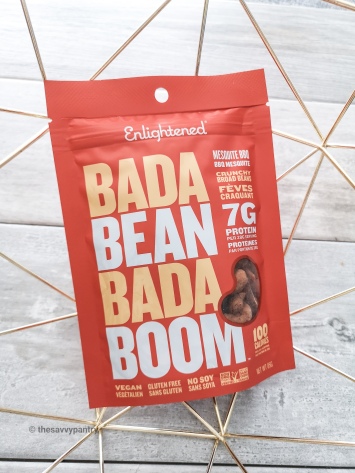 I really liked the crunch from the roasted broad bean.  Bada Bean Bada Boom Mesquite BBQ broad beans was a great snack and I really liked how hearty it was.  I would definitely buy this again in the future.

My name is Jessica and I hope to inspire you to create using only ingredients from your pantry or reuse materials that would otherwise go into you recycling bin!